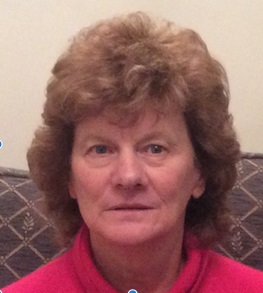 Janet joined the Board in 2018 and the following year was elected Chair when Laurie Bird stepped down. She has been volunteering for the Credit Union for many years.

Started her career as a violinist and attended the Royal Academy of Music in London. She spent several years as a freelance violinist.  She formed her own quartet which performed all over the West Midlands including playing for Her Majesty the Queen when she attended Coventry. She also taught the violin and viola and became a peripatetic teacher in the Coventry area. This developed into class teaching and she ended her career as Head of Music at the Lawrence Sheriff School here in Rugby.

Janet is a member of several Women’s organisations including Soroptimist International, UN Women NC of UK and is also a member of Gender Action for Peace and Security which works with the government to promote Women Peace and security in conflict areas.  In 2014 Janet was part of the government project led by Foreign secretary William Hague on PSVI (Preventing Sexual Violence in Conflict) and was at the conference at the Excel Centre in London where she met Angelina Jolie and Stella McCartney among others to discuss eliminating sexual violence.

Janet brought the Data Link project to Rugby and has facilitated a knitting circle for women to knit blankets which are sent out to the Fistula Hospital in Addis Ababa.

Janet is married with 2 daughters and 3 grandchildren. She and her husband have 2 allotments are self sufficient in vegetables and soft fruits. She enjoys walking and holidays and looking after her grandchildren for relaxation 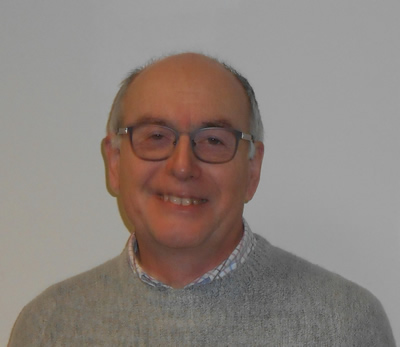 I joined the credit union as a volunteer in 2016 aiming to use career skills developed prior to retiring to assist with the role of Business Development.  Before retirement I was a lecturer, principally teaching Business, Finance, Management and Accounting. This was very much a possibly third career as I had previously worked in the financial sector for over twenty years in a regulated position mainly in the high net worth and corporate sectors, including periods with major insurers and banks. In an earlier life I worked in business information publishing, and have also run my own business. I believe that credit unions have a key role to play in our society today, particularly as the major high street banks now have little interest in providing small savings accounts, and small loans for personal and business purposes as they are not seen as profit generating. We are able to help our local community thrive with proper community banking. Like other members of board, I give up a day a week to support the credit union this enables us to be more effective by working together. When not working on this I chair a community association in the town, and am a member of a parish council. With personal free time I enjoy travelling, gardening and have various grandparent duties. 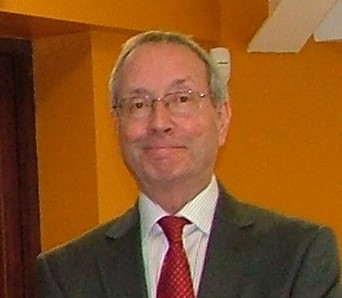 Kevin began volunteering for the Credit Union over 6 years ago. He enjoys employing the skills he learned in professional life on behalf of a worthwhile cause and the team work aspect is also important to him.

He says "At the Credit Union there is always a long list of jobs to be done and so I spend one day per week at the office and also work remotely from home.  In my spare time I enjoy gardening, playing golf (badly), playing tennis & badminton (poorly) or table-tennis (at which I excel !). " 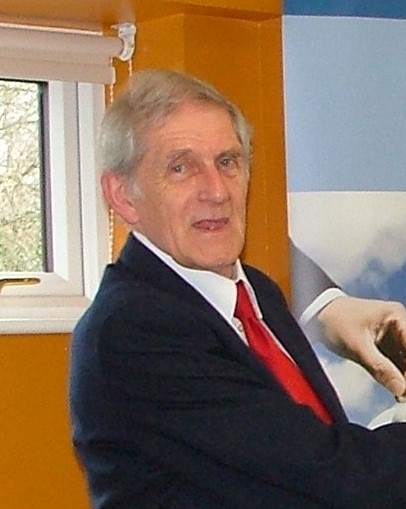 Laurie Bird has been involved with Rugby Credit Union since it began in 2004. He became chairman in 2006 and stood down in 2019, whilst remaining a director. He says "As a volunteer organisation the credit union was an opportunity to help the local community and as a retired engineer I’ve always enjoyed anything involving numbers. During my time I’ve seen many changes, including five business addresses, but we still keep growing !"

Louise has a wealth of experience working in the voluntary and not for profit sector. In later life she retrained as a solicitor and is able to use all of these skill to support the continued development of the Credit Union. 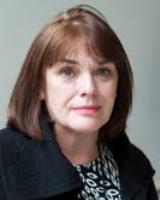 Maggie has been a Director of the Credit Union for several years. 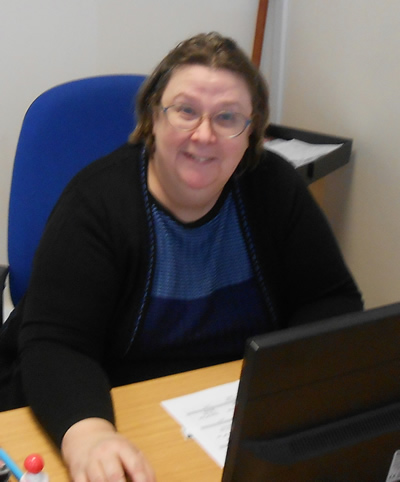 Sue has been a volunteer for many years and was appointed to the Board in 2019. 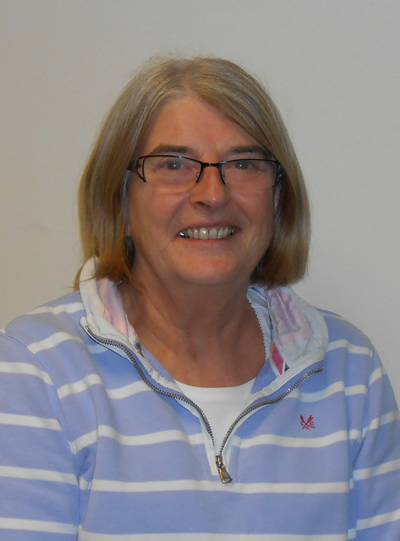 After retiring from working in education, I decided that I wanted to spend some time volunteering in order to use some skills acquired in my previous job. Initially, I spent half a day supporting the work done in the Credit Union office mostly dealing with member enquiries concerning their accounts and loan information. When additional members were required for the board, the experience gained from spending time observing and helping with the office management gave me the confidence to stand for election to become a director and work for the Credit Union in a different capacity. 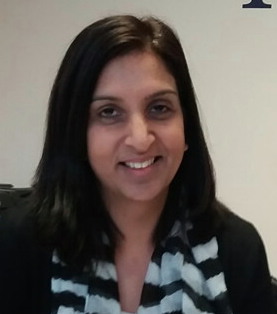 My working career has always been customer focused with Executive positions held in Travel, HR, Recruitment and Retail but never in a financial organisation.   I joined the team of Volunteers at the Rugby Credit Union to help gain commercial awareness following a career break after having my twins.    Shortly after I was given the opportunity to take on the role of the Office Manager.    Understanding this was a challenging role with very limited knowledge in Finance and Banking I embraced it with open arms knowing that I have the determination to make a positive difference to the community.    9 years later my journey with the CU continues, I have faced many challenges but equally seen many successes that has helped customers from all walks of life. 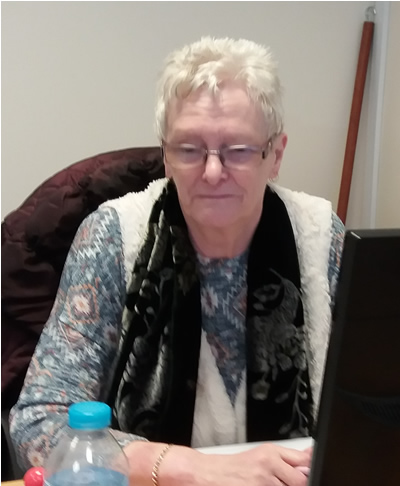 Most of my life has been spent in an accounts situation but when I moved back to rugby in 1986 I joined by second husband in the day to day running of the Rugby Snooker Centre. When he died 8 years later I found myself working in accounts yet again. (Can't keep away from it). I was then lucky enough to be offered a position with the Rugby Credit Union allowing me to combine my love of accounts with my love of meeting the great people of Rugby 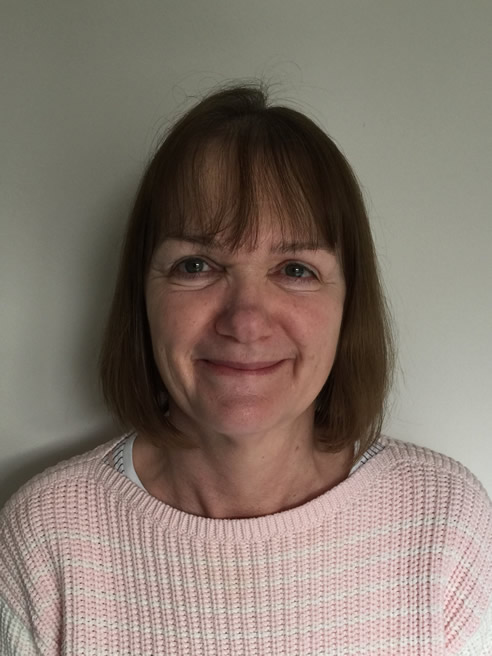 Andrea has been a volunteer and a Board Director of the Credit Union, but recently switched to the Supervisory Committee. 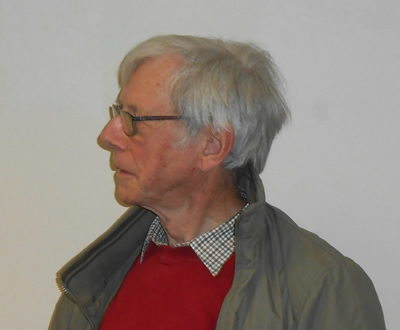 David has been involved with the Credit Union since it launched. For some time he was Treasurer and now is Chair of our Supervisory Committee

David is a retired banker with lengthy experience in the Commercial and Specialist Corporate sectors. He has also taken on consultancy work for many small and medium sized businesses in the area. And as a partially qualified accountant trained in Internal Audit he has been very vigilant in overseeing our activities as a member of the Supervisory Committee. His financial bankground and sound advice has proven extremely helpful to the Credit Union on numerous occasions.

He also wanted it to be known that he is a shy, naturally quiet and self-effacing, really nice chap (!)